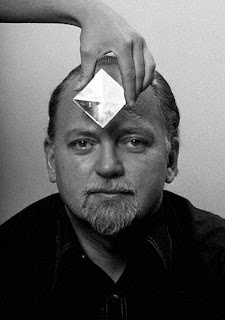 Each year, during the Dog Days of summer, I get the urge to re-read Robert Anton Wilson.

It would be easy to dismiss the impulse as nostalgia- after all, reading Bob was part of my passage to manhood- stoned, anti-establishment hippy-punk manhood. I spent many a blistering summer afternoon in crummy, un-airconditioned apartments smelling of dirty cat boxes, stale beer and Nag Champa, expanding my mind to books like The Eye in the Pyramid, The Golden Apple, Leviathan, Cosmic Trigger, Prometheus Rising, Schrodingers Cat and Right Where You Are Sitting Now. I don't think it's just nostalgia, however, to re-read RAW. There is something magical about the Dog Days, and it always seems like an appropriate time to re-visit the work of one of the late 20th century's most underrated masters of High Weirdness.

July 23rd was designated as Robert Anton Wilson Day by the City of Santa Cruz, California in 2003. Wilson had become a beloved resident character in Santa Cruz, and a political activist for Medical Marijuana (which he used to treat the symptoms of the post-polio syndrome which was slowly killing him) and against what he called the “TSOG” (Tsarist Occupation Government). Mayor Emily Reilly declared:

WHEREAS ROBERT ANTON WILSON EMPLOYS WITH AND HUMOR SPANNING FIVE DECADES TO RESIST THE IMPERIAL SCHEMES OF NATIONAL POLITICOS, THROUGH SUCH ACTIONS AS DAILY EMAIL TO ATTORNEY GENERAL JOHN ASHCROFT DETAILING HIS PERSONAL ACTIVITIES, THEREBY SPARING GOVERNMENT THE EXPENSE AND TROUBLE OF KEEPING HIM UNDER SURVEILLANCE; and

WHEREAS ROBERT ANTON WILSON IS A MAN OF SUCH MODESTY AND PURITY OF HEART THAT HE VIEWS HIS GREATEST ACHIEVEMENT AS HIS LIFETIME LOVE AFFAIR WITH HIS WIFE, THE LATE POET, ARLEN RILEY WILSON:

NOW, THEREFORE, I, EMILY REILLY, MAYOR OF THE CITY OF SANTA CRUZ, DO HEREBY PROCLAIM JULY 23, 2003 AS" ROBERT ANTON WILSON DAY" IN THE CITY OF SANTA CRUZ AND ENCOURAGE ALL CITIZENS TO JOIN ME IN COMMENDING HIM FOR CONSISTENTLY EXTENDING THE BOUNDARIES OF MODERN THOUGHT AND PROVIDING A MODEL OF COURAGE AND INTELLIGENCE IN AN AGE SADLY SHORT ON HEROES.”

July 23rd is the most appropriate day to remember Bob, and choosing the date, rather than his birthday, exhibits the sense of humor of the Santa Cruz city government so absent among most bureaucrats. For it was on July 23rd, 1973, that Bob claims to have been contacted by aliens. Or a Giant Rabbit from Count Kerry. Bob was also quick to point out that it was Monica Lewinsky's birthday. 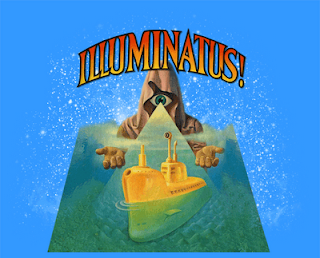 July 23rd coincides with the rising of “the Dog Star”, Sirius (the root of the term “Dog Days”) which has mystical significance for ancient cultures from the Egyptians to the Romans, to the African Dogon tribe. For me, it is has always been time for the greatest interaction with the “the cosmos”. The night skies are spectacular. The days are long, but getting shorter- garden and outdoor projects take on a greater urgency. At the same time, the heat, and all of the related malfunctions both personally and technologically that come along with it, tend to add to the “weirdness” factor. Cell phones, computers, cars etc. tend to go “on the fritz”. Animals act strangely. Insects are in full assault on all fronts. This year, the Midwestern drought adds to the biblical (or Mayan) “end times” vibe, while the skies around our little organic compound are abuzz with crop dusters bombarding the corporate monocrop corn/bean fields with pesticides, hoping to rescue what they can from the parched genetically-modified franken-plants.

But as Bob said, “Humans live through their myths and only endure their realities,” and so each summer I drag out some of RAW's books. During a season when the high priests of technology are locked in a death match with the ghost in the machine, faieries, aliens and giant rabbits from County Kerry, it helps to remember that our reality is what we make of it, both technologically and mythically.

So each year, we celebrate the life and writing on Robert Anton Wilson, on this, the weirdest of all days. As you go about your day, look for the Sirians. They are there. They will talk to you, if you listen. FNORD.

Visit obsolete-press.com to get our books, magazines and swag!

You can read back issues online for free at Scribd. If you enjoy what you read, please considering making a small donation to keep us going.

Are you a bitcoin user?

Help bitcoin and Obsolete! grow by using bitcoin! Contact us to make a payment.